Have you decided on getting Invisalign to make your teeth straight by moving them into the right position? If so, you'll be wearing some plastic alignment trays that get swapped out every couple of weeks. While these trays do a great job and make it so that others cannot see the device used to correct your teeth, it requires some special care to ensure the trays are not damaged. Here is how you should care for the trays.

Avoid Drinking Hot Beverages With The Trays On

When wearing Invisalign trays, you are allowed to drink water while you have the trays in since they will not cause any damage. However, people make the mistake of leaving them in when drinking hot beverages, like coffee. The problem is that a hot beverage can actually affect the plastic by causing it to become deformed, which will impact how effective the trays are at moving your teeth. That's why it's best to always remove the trays prior to drinking your morning coffee.

Avoid Removing The Trays For Too Long

The nice thing about Invisalign is that you can remove the trays for things like eating and brushing your teeth, which makes it much more convenient to do so. However, you can't leave the trays out for too long each day. If you forget to put them back in, leave them out while sleeping, or just take them out when they are feeling annoying, it is going to significantly delay your treatment. Your teeth will not be in the proper position when it is time to move to the next set of plastic trays and this could potentially cause problems.

Remember To Swap Out The Trays On Time

It is a good idea to mark on your calendar when you should be swapping out the current set of trays you are wearing for the next one. That is because sometimes people will forget that it is time to swap out the trays and end up wearing their current set for way too long. This is not necessarily a bad thing, but it is going to delay your treatment by prolonging it.

Hold Onto The Previous Trays

You will always want to hold onto your previous set of trays as a backup precaution. If something were to happen where your current trays are damaged or lost, you can always put in the old ones temporarily until you get a set of replacement trays. This will help prevent your treatment from being delayed longer than is necessary.

To learn more about Invisalign braces, talk to your dentist. 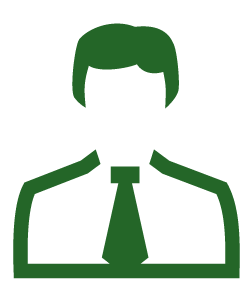 Is Teeth Whitening Supposed To Hurt?
23 November 2021
You wouldn't expect there to be any objections when you begin to whiten your teeth. But objections can come from unexpected sources. The fact that the …

How A Root Canal Could Prevent Problems With Your Other Teeth
18 October 2021
Root canal treatments are endodontic procedures that include the removal of the pulp from a tooth's interior chambers and canals. Dentists often perfo …